9 Reasons Why Dogs Lick People [And Some Common Misconceptions]

Your French Bulldog with its stubby nose. Your tiny Yorkie with its soft fur. Your Labradoodle with its fluffy coat…

No matter what type of breed you own or love, almost all dogs have one thing in common:

Natalie Ragland, DVM & Guest Contributor at Honest Paws notes, “Licking is an instinctive behavioral trait and is seen in all canine breeds. When dogs are very excited they tend to lick their owners, other animals or strangers.”

But why do they lick? Is it just their way of giving kisses and showing you some love? That is the conventional theory, but the fact is that there are lots of reasons why dogs lick people.

Ready to learn why your pup is always trying to lick your hands or face? Here are nine reasons why dogs lick people.

To Show You Affection

In most cases, your dog’s licking behavior is likely a simple (yet wet) sign of affection. Dogs can’t hug and kiss, but they can pull out their tongue and give you lots of licks.

Some dogs may be prone to licking your face. Some go for the hands and feet. Sometimes they go for the legs (my aunt has a pit bull that licks my shins every time I walk into her house … doesn’t matter if I’m wearing shorts, jeans or boots, she goes straight for my shins!)

Licking is a natural instinct that dogs are born with, and when a momma dog gives birth, she licks her pups. In fact, most puppies in a litter will also lick each other as newborn pups.

Have a dog that rarely licks you? Don’t worry — that doesn’t mean he doesn’t love you. It just means he doesn’t show his love in that way.

Every dog is different in where, when and how often they like to lick. And while there’s no scientific proof that dogs lick to show affection, the general consensus is that’s usually why they do it.

Related: How To Start A Doggie Dental Routine [Have Your Pup Smiling]

Dog owners know that when a pup wants attention, they’ll find a way to get it. And one of those ways is by licking.

The need for attention is one of the most common reasons dogs lick people. Dogs are smart — they know that a playful lick will usually result in a kiss on the head, some soft petting or a belly rub.

But the attention-seeking behavior of licking could be for another reason as well; it could be because they’re hungry.

Whether you spend all day with your dog or work outside your home, be sure to keep your pup on a regular feeding routine. Feeding your dog regularly scheduled meals also helps to create a regular bathroom routine — and that makes life better for both the human and the pup.

To See (Taste) Where You’ve Been

Does your doggie lick you every time you enter the house, even if you’ve only been out for a few minutes? It could be that he wants to know where you’ve been and what you’ve been doing.

Most dogs love to be outside, so licking you when you return home is sometimes a sign that it wants to know what you’ve been up to. If you’ve been to the beach, visited a friend’s house where there are other dogs or had lunch at a barbecue restaurant, it’s almost a guarantee that you’re going to get licked when you get home.

Sometimes, a lick is just a lick because they want to get a taste of what you smell like.

While most licking behaviors are normal, some can be signs that your dog has a medical issue or needs special attention.

Like people, dogs can also experience stress and anxiety. Excessive licking can even be a sign that your dog has OCD.

Yes, dogs can suffer from compulsive behavioral disorders. These can manifest in a variety of different ways, including excessive chewing, incessant barking, circling, staring and excessive licking.

For a dog suffering anxiety or stress, licking can be a self-soothing behavior, whether it’s licking a human or licking themselves.

Ragland advises dog owners to always rule out any medical-related issues first. Your dog may be licking an area that is causing them pain or may be anxious about someone in the house touching an area that’s bothering them.

Pay close attention to their body language while they lick as well as afterward. If you see any other red flags that seem unusual, take your dog to the vet. A little bit of medication may be able to calm them down and help them ease that anxiety.

They Think You’re Stressed Out

Most dog lovers wait for those moments when their dog cuddles up to them on the couch, gives them a loving look and wants to be close and affectionate. And while licking can be a sign that your dog is stressed out, it can also be a sign that they think you need comforting.

Does your dog know exactly what you’re feeling? Probably not. But there is some science to suggest that they understand when you’re upset, and they often lick to help soothe you when they think you need their help.

They’re Trying to Groom You

Dogs have a keen sense of smell — and they know when there’s something on your body that shouldn’t be on you.

The next time you come in from outside with a bit of dirt on your hands or feet, take notice if your pooch licks you. It may be because they’re trying to groom you and rid you of those outside elements that don’t belong!

We already talked about the fact that dogs can experience anxiety — and that includes separation anxiety. If your dog tends to lick you when you get home from a long day of work, it could be their way of easing that anxiety and showing submission that you’re the leader of his pack.

Wolves and dogs in the wild roam as packs, and showing submission is a crucial part of being in a pack. In the wild, when the wolf pack leader returns home after a hunt, the other dogs in the pack lick him to show submission. It’s sort of like their way of showing respect to their leader.

For a domestic dog, as un-wolf-like as they may seem, licking is simply a part of instinctual behavior.

Related: The 13 Best Dog Training Treats That Will Make You The Leader Of The Pack

As pet parents, it’s up to us to make sure our dogs are well-groomed, well-trained and stimulated. In some cases, if your dog is licking you, it may be because he’s bored.

This circles back to the concept of licking as attention-seeking behavior. And if your dog is desperate for your attention, you’re doing something wrong.

Be sure to keep your dog stimulated with toys. Take them on walks and play with them every day. Show them some love, even if they don’t seem like they need it or want it.

The best way to make your dog happy is to give them the right amount of human interaction each and every day.

Some Breeds Are More Likely to Lick Than Others

While all dogs have the ability and tendency to lick their humans, some breeds lick a lot more than others.

Labradors, Golden Retrievers, Pit Bulls and Poodles all tend to be frequent lickers. As for smaller breeds, the Bichon Frise, the Pug and the Chihuahua are also prone to people-licking.

On the other hand, some working dogs and hounds tend to lick a bit less, possibly because they were historically bred to work rather than to be human companions. Less-likely lickers include the Greyhound, the Saluki, the Siberian Husky and the Alaskan Malamute.

If your dog is your sidekick and perpetual couch buddy, it usually doesn’t matter what breed they are. At some point, you can expect that they’ll find some part of you to lick. It’s more so about how you interact with your dog and how you train them (or fail to train them) that can encourage their licking behavior.

How to Get Your Dog to Stop Licking You

Remember the old Peanuts cartoons where Snoopy would lick Lucy’s face, and she would scream, “Ugh, I’ve been kissed by a dog, I have dog germs!”

Being licked by a dog is just another part of being a dog owner. It’s one of those instinctual canine behaviors that are hard to eliminate completely, but you can get it under control with some proper dog training.

If your dog gives the occasional lick here or there, it’s best to just learn to deal with it. After all, if you’re that freaked out by dog germs, you probably shouldn’t have a dog in the first place.

But if your pup exhibits excessive licking behavior, it may be time to see a dog trainer or an animal behaviorist.

A dog trainer can help your dog learn basic commands, reward them for wanted behavior and teach them that they will not be rewarded for unwanted behavior (such as licking). An animal behaviorist will study all of your dog’s behaviors, determine what’s causing them and help your dog change those behaviors with practice and routine.

To get started at home, Ragland provides some tips. “When a dog tries to lick, one can turn away, say “No” and offer a reward. Practice this repeatedly and reinforce as needed. Over time, this will become a standard habit that they will be accustomed to, similar to commands like sitting.”

Why Do Dogs Lick People?

Dogs lick people for all sorts of reasons. From showing affection and seeking attention to soothing their own anxiety or trying to soothe yours, licking is an instinctual behavior.

Dogs learn to lick at birth, so trying to train your dog not to do it can be a futile effort. Unless they’re licking like crazy, it’s best just to learn to live it with and think of it as a sign of love (which is usually what it is).

9 Reasons Your Dog Is Licking You: 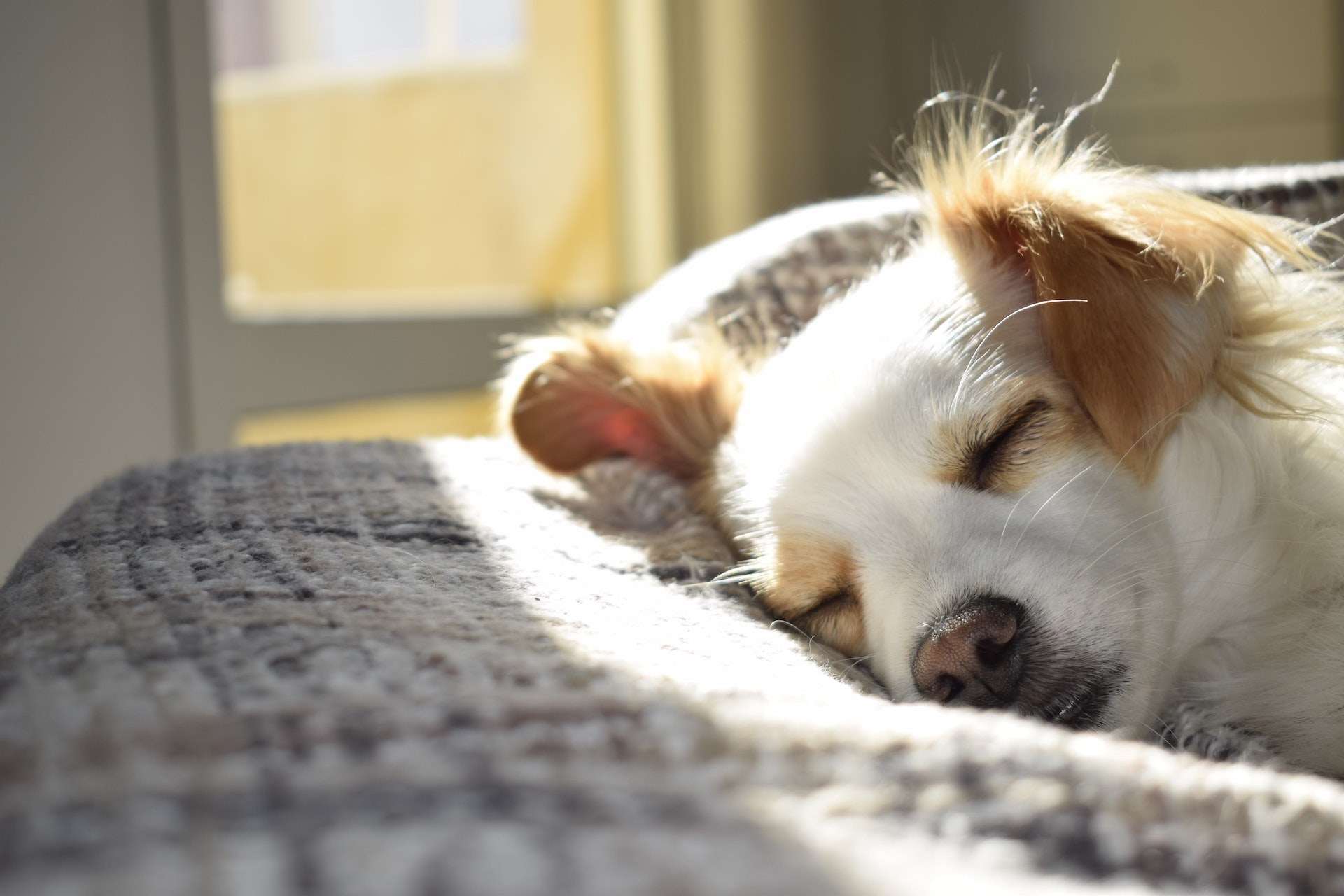 Hotel for Dogs: What do you Need to Know to Start Your Own Business? 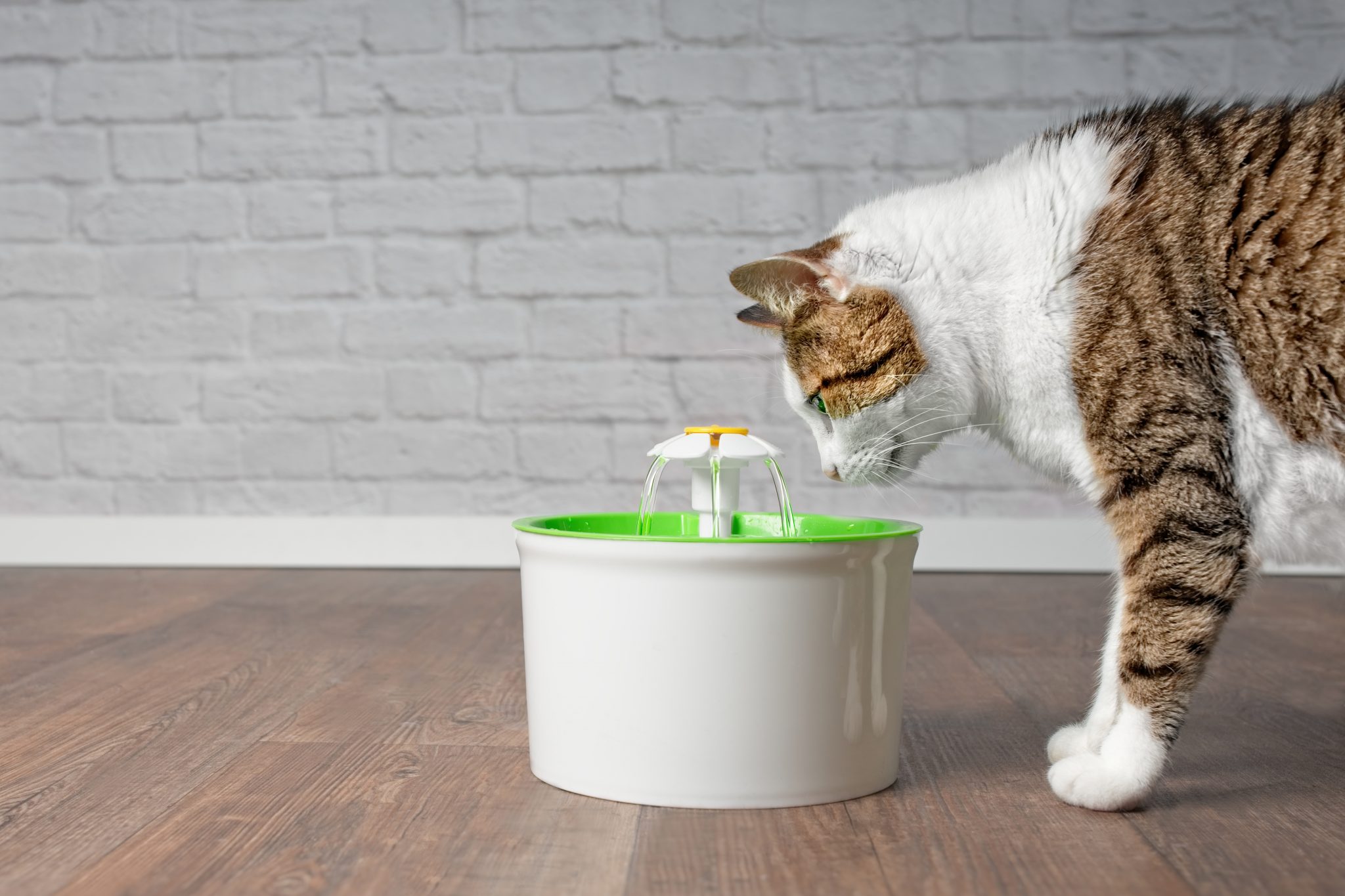 12 Pet Fountains Your Animals Will Love This Summer 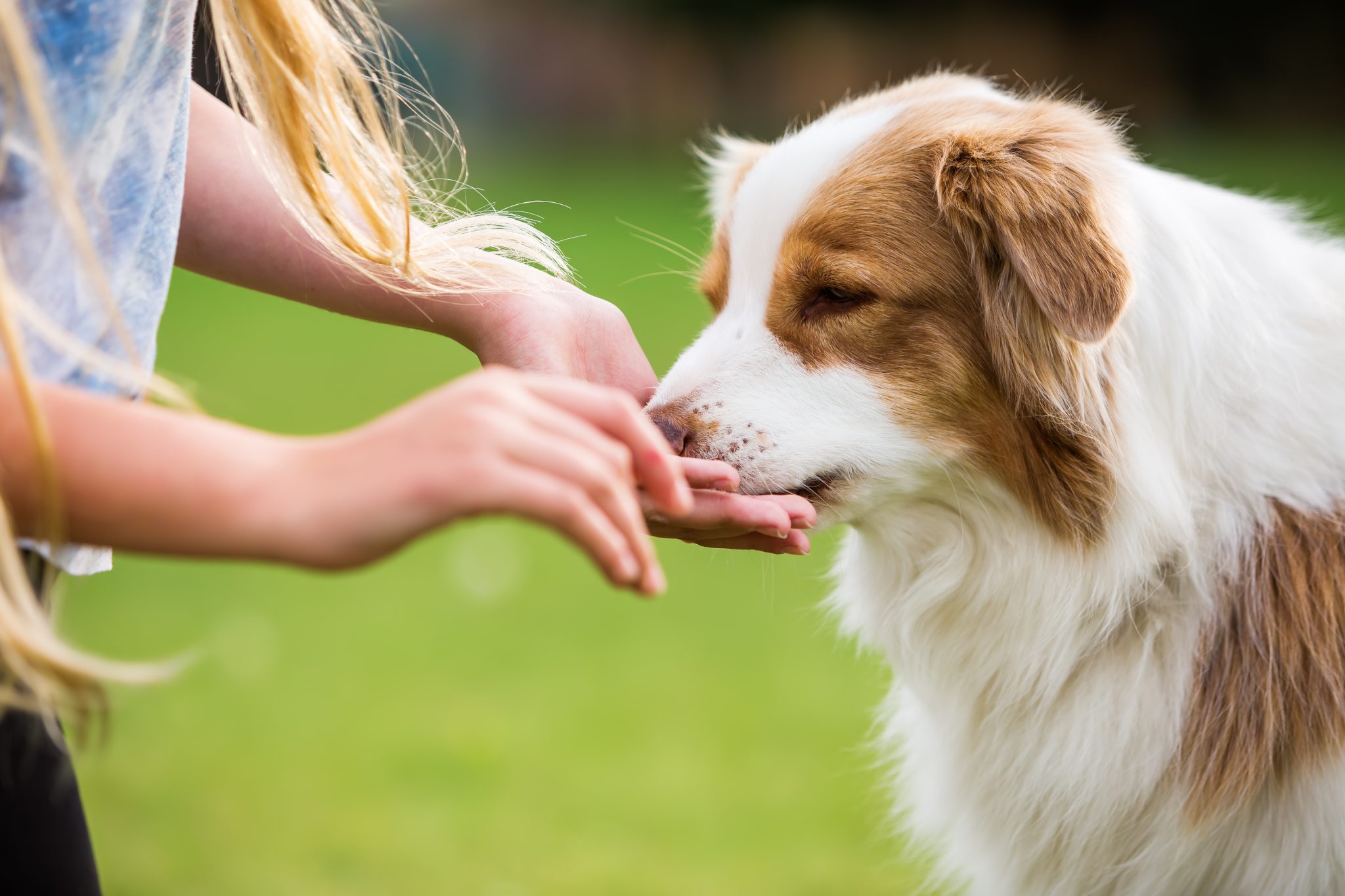 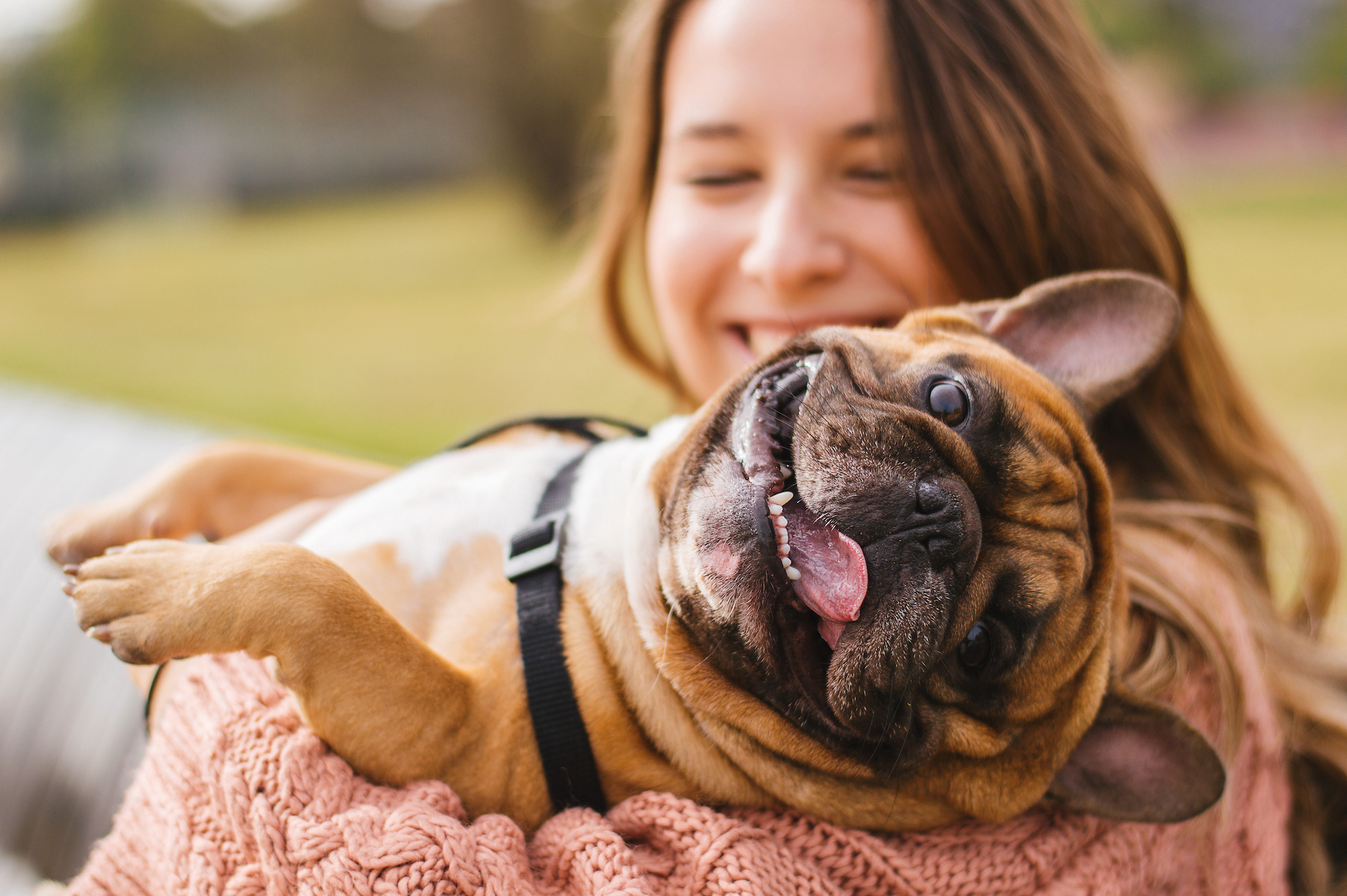 19 Frenchie Gifts The French Bulldog Lover In Your Life 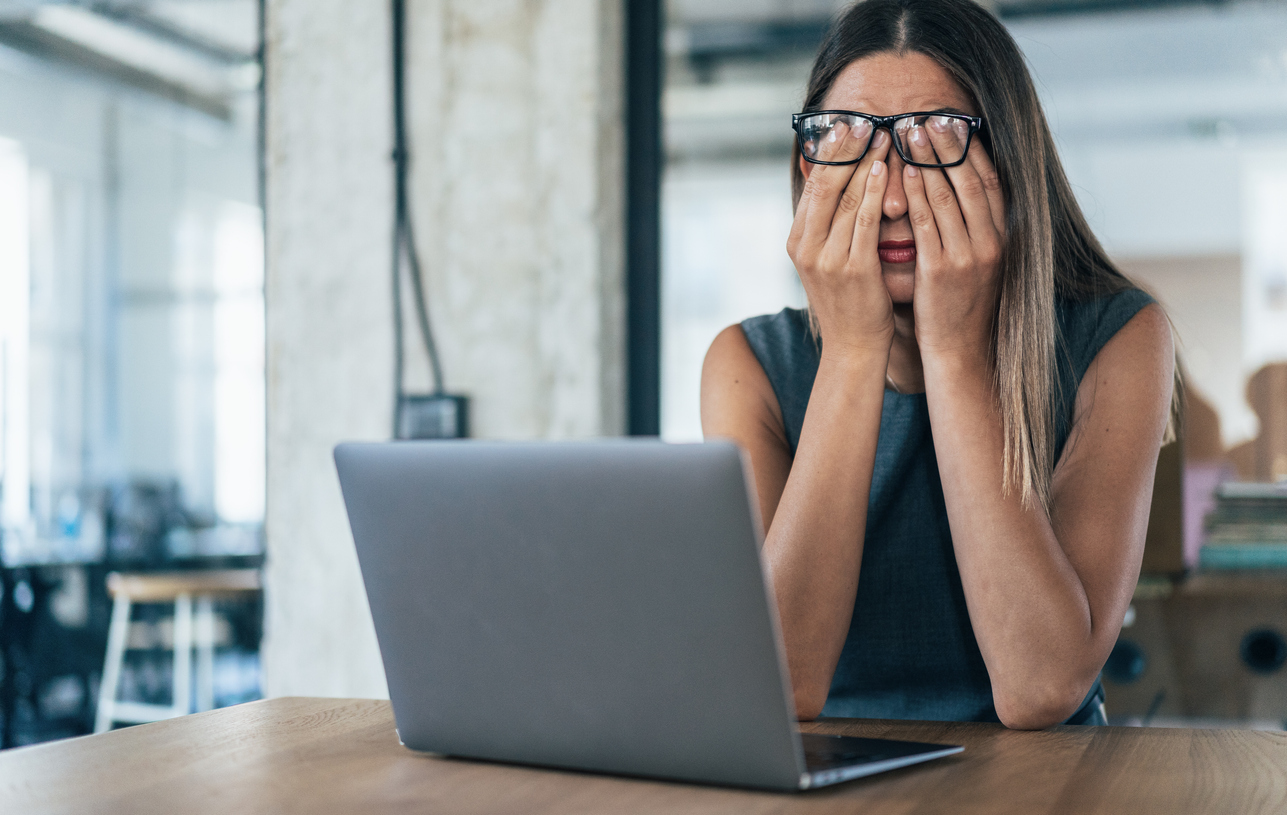 Dealing With Burnout At A Job You Love 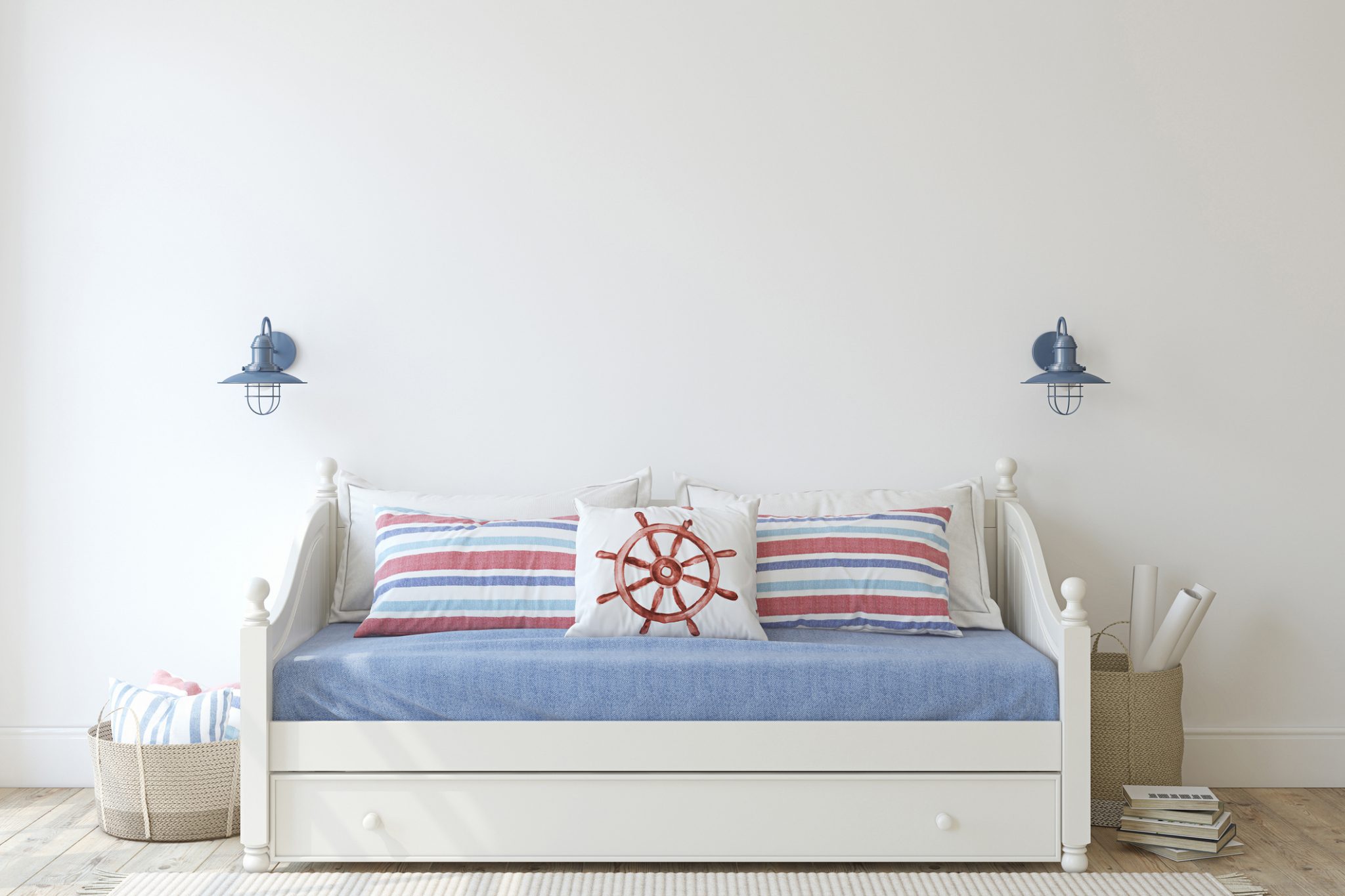 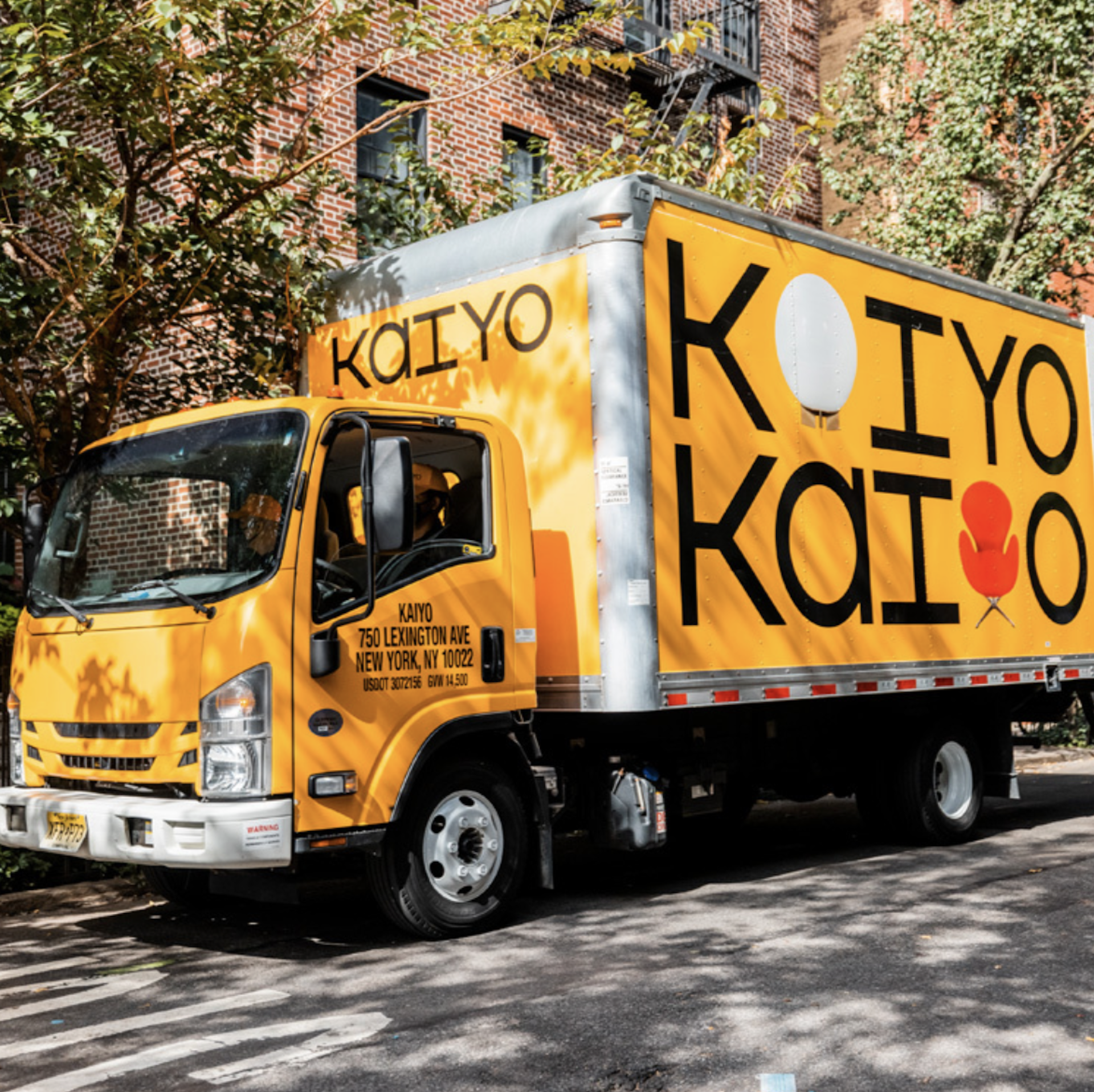 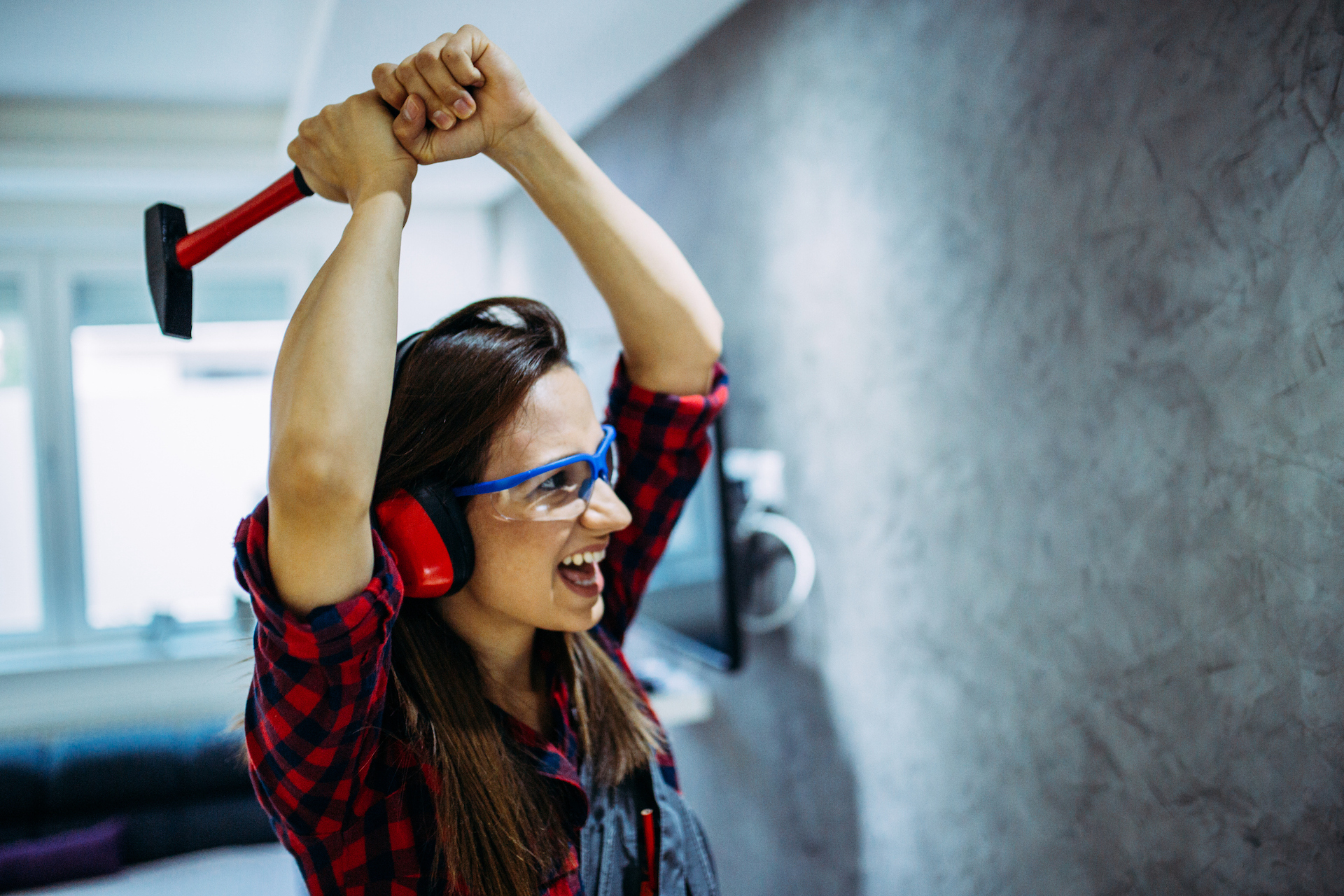