Should You Buy a Chromebook? (And The Best Chromebooks to Buy Right Now)

Chromebook sales are on the rise, and for good reasons. They're compact, portable, stylish and many of them even double as a tablet.

First introduced in 2011, Chromebooks are designed to be an affordable option for people who don't need all of the features of a standard PC of Macbook.

Their affordability has made them especially popular at schools. According to CNBC, they made up 60% of computers purchased for schools in 2018.

So what exactly is a Chromebook and should you buy one?

In this article, we will walk through the pros and cons of using a Chromebook before outlining the 5 best Chromebooks on the market right now.

What Is a Chromebook?

Chromebooks are computers (mostly laptops and portable devices) that use Google’s Chrome operating system. In general, the operating system is just like using the Chrome browser, meaning that the device relies heavily on web-based applications.

The operating system is designed by Google, but the hardware is provided by other manufacturers, including HP, Dell and Samsung, to name a few.

They all come preloaded with Google’s web-based apps such as Google Docs and Google Play, and automatically connect to your Google Drive.

Because the computer works in the cloud through your Google Drive account, they do not come with much hard drive space (usually around 64 GB). But don’t worry, this doesn’t mean you always have to be connected to Wi-Fi to use it. They can work offline as long as you do a little prep work first.

What Are the Advantages of Working in a Chromebook?

Chromebooks are simple to use and are very mobile. Generally, they are lighter and thinner than most laptops.

Unlike most computers, Chromebooks are designed to operating in the cloud - meaning that it is not meant to store all of your files and information locally. With Chromebooks, everything is done through the Chrome browser online. And all your files are saved to your Google Drive. It’s familiar and straightforward to use.

Thanks to the slimmed-down operating system, they startup must faster than other laptops. And because your files are saved to the cloud, you can access them anywhere and not worry about having to transfer data from one device to another.

All Chromebooks have about 10-12 hours of battery life and are meant to be used on the go.

Chromebooks are significantly lower in price than traditional laptops. You can find them for $150-$400, while most low-end laptops start at around $400.

What are the Disadvantages?

Because Chromebooks are meant to work in the cloud, they don’t have the a lot of storage space for saving files. You will have to stream most of your music instead of downloading it, and you won’t be able to save large files on the computer.

But, because you can save them in Google Drive, you can access them anywhere, including on your phone.

Chromebooks also do not have many ports for connecting external devices, like external hard drives. But let's face it, most laptop manufacturers (include companies like Apple) are opting for cloud storage anyway.

As we mentioned earlier, Chromebooks rely heavily on web-based applications (like Google Docs) to replace old-school native apps (like Microsoft Word). This isn't a probably if you spend most of your time in your browser, but if you need full-featured applications like Photoshop, a Chromebook probably won't work for you.

But that doesn't mean there are zero native apps. Check out Google’s Chromebook website to get a feel for what types of apps are available to help with photo and video editing, image creation and design.

If you like the get-up-and-go aspect of the Chromebook, but really need a different OS, you can download an alternate Linux-based OS called Ubunto, but that may be a little too technical for most users.

For the most part, Chromebooks have slower processor speeds, so if you tend to keep a lot of tabs open at once, it may have difficulty keeping up. Laptops are far better at multitasking.

And of course, they are not the easiest to use offline for extended periods. So if you are on a long plane flight or on vacation in a cabin in the wilderness, you may not be able to be as efficient on your Chromebook as you had hoped. But, it won’t weigh down your suitcase!

Should You Buy a Chromebook?

Chromebooks are great devices for people who spend the majority of their time in the browser. So if you only use your computer to browse Facebook, check your email, and shop online, then you should seriously consider a Chromebook.

You should not buy a Chromebook if you do a lot of photo or video editing. Or if you are looking to play the latest and greatest video games.

But overall, the number (and power) of web-based apps is growing every day. So we think Chromebooks are great for most people.

These six Chromebooks are great options to consider:

The 6 Most Popular Chromebooks

The HP Chromebook x360 has a 4.3-star rating on Amazon. It has a cool flip and fold design so you can tent it and stand it up on a table, which is great for watching movies. The screen is touch-sensitive, so it can be used as a tablet. It’s normally $649, but on sale for $415 now.

The ASUS Chromebook C425 earned 3.8 stars on Amazon. It has a lay-flat design that allows you to push the screen down all the way and lay the computer flat on the table.

This is great for sharing your screen when you are in a presentation or meeting and still need to access the keyboard. If you purchase this laptop, you also get a year’s worth of 100GB storage on Google. It’s available for $329 on Amazon Now, but normally $499.

The Newest Lenovo 11.6 IPS Touchscreen 2-in-1 Chromebook rates at 4.3 stars on Amazon.

It also has a touchscreen with a foldover design, which can be used as a tablet. In addition to the other Chromebooks, it incorporates a few additional ports for external devices. ‍

It is available now for only $190 on Amazon.‍

Surprisingly, the keyboard is spill-resistant, so you don’t have to be paranoid about putting your coffee mug down near the computer. 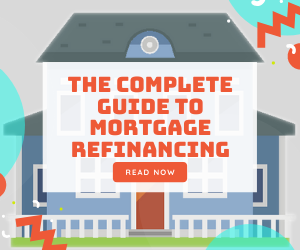 15 Celebrities From the ‘90s Whose Stars Have Faded

Should You Rent or Buy? [Things to Consider When Buying a Home]

15 Shows To Watch If You Like Game of Thrones