The 45 Best Game Of Thrones Gifts [For Any GOT Lover]

Game of Thrones is over. And unlike Jon Snow, it’s not coming back from the dead. But for the fans, of course, this mega-hit will live on forever. And so, apparently, will GOT merchandise.

If you have a Game of Thrones fan on your gift list, a little something to remind them of their favorite show/obsession can make the perfect holiday present.That’s why we’ve scoured the seven kingdoms and come up with a collection with a little bit of everything.

From home decor to clothing, cookware, whiskey, coloring books, action figures and more, there’s something for every type of fan and budget.

After all, what’s the holiday season without something to remind you of your favorite conflicted heroes, cutthroat villains, dragons, manipulative power plays and over the top bloody violence of your favorite medieval drama?

Let’s take a gander at the treasure:

If you thought Monopoly was a ruthless game before, try taking control of the seven kingdoms. You’ll have to be pretty cutthroat to win. But if you survived all 8 seasons of the show, you’re used to that.

2. I Drink and I Know Things Glass

Your breadth of knowledge could never touch Tyrion’s. But as any Game of Thrones fan understands, fantasy is fun.

You may be no mother of dragons, but you can still dream. This mini-monster even has a bendable tail and legs, wings and a neck you can move. Plus, you don’t have to feed him any goats.

It’s the badass beer mugs that says, “Take a sip out my beer, and you’ll be around for less time than Ned Stark.”

Feel like your holiday treats need a little more edge? How about a wolf shaped cake pan and some Game of Thrones cookie stamps? It will give your sweets that “you-like-it-or-you-die” attitude.

Jon Snow may be banished to the other side of the wall, but at least you can bring him home for the holidays. Sigh.

Make a toast to your favorite show with these special editions Song of Fire and Song of Ice Whiskeys from Johnnie Walker. Just be careful that they don’t make you sing a song that you don’t remember in the morning.

Related: 15 Shows To Watch If You Like Game Of Thrones

Tyrion may have been small, but he did have a head for knowledge. It’s precisely why he makes the perfect choice for a USB drive. Just keep him away from the liquor cabinet.

Winter is indeed coming, and people do need socks. Why not roll like a Lannister?

11. Hand of the King Bottle Opener

You may not be the hand of the king, but you can still open a brewski like you are. Also, no one will kill you if you give them the wrong advice while drinking.

Daenerys Targaryen. You either wanted to be her or date her. It may be too late to rock this wig for Halloween, but we’re sure you’ll find other reasons to wear it.

Game of Thrones is not coming back. But at least you can relive the good old days with your favorite cutthroat, crazy and power-hungry characters by gently coloring away.

Thinking about how you would have taken King’s Landing in a battle without burning it to a crisp? Recreate it while you’re plotting, but keep an eye out for dragons.

15. A Feast of Fire and Ice Cookbook

Nothing makes you work up an appetite like chopping people’s heads and other vital parts off. If you like to fantasize about the food from those Game of Thrones feasts, this cookbook (approved by George R.R. Martin himself) will help you live out your culinary dreams.

Yes, Hodor’s whole life was leading up to keeping a door shut. Now, this tribute to him can hold your door forever. Though we’re not sure it works as well against white walkers as he did.

Perhaps it was the red witch that captured your imagination in Game of Thrones. These Tarot cards will let you lay the future right down in front of you using all the archetypal characters from the series.

Just don’t get any ideas about burning anyone alive to make your dreams come true.

Related: 49 of the Best Harry Potter Gifts [For Any Witch or Wizard]

Is your dog as into fantasy as you are? This bandana could give him just the shot of confidence he needs.

This toilet decal says the porcelain throne is yours by right. Just be careful of anyone baring crossbows.

Any fan who’s all about the House of Stark will appreciate this handbag with the Stark wolf on it. It’s got that medieval meets modern times flair.

Ever wish you were as rich as a Lannister? Hopefully this wallet will give you the magical power to pay all your debts instead of just racking them up.

Just two words, and yet it may be the ultimate revenge line. This is a GOT classic.

When you pour hot liquid into this Jon Snow mug, Jon Snow’s face magically appears. It’s like you’re bringing him back from the dead. All while getting your caffeine fix.

Yes, she was kind of a psycho, but you had to love her. If you’re in the mood for some gentler swordplay than Arya was into, this foam replica of Needle could be just the thing for your fantasy kill list.

They may not hold up to fire as well as actual dragon eggs, but they’re still pretty cool. It will bring that romantic medieval glow to any room.

Does somebody putting a cold drink on your coffee table make you want to burn down King’s Landing? Quell the urge with these Game of Thrones coasters

No one makes the king of the dead look cuter than Funko. And at only 3 inches tall, he’s a lot easier to defeat.

Related: 25 of the Best Two-Player Board Games

He’s the fantasy character that launched a million fantasies. And he even comes with all his own weapons to dismember other action figures. Yes, he doth-rocks!

We girls all have a little Khaleesi in us just waiting to get out. This hoodie will make your daily challenges seem a lot less intimidating, even if they’re your kids.

30. Dinner Is Coming Cutting Board

For the chef and Game of Thrones Fan, this cutting board is perfect for chopping off the heads of carrots and anything else you need to mutilate before eating it.

The red wedding. It was an event like no other. But if you’re still traumatized by the memory, this Game of Thrones tote does come with other lines like, “Arya’s Meat Pies.” Yeah, that’s much better.

Moon of my Life and My Sun and Stars. They definitely beat out “sweetie” and “baby” as far as pet names go.  For more romantic fans of Game of Thrones, something to toast the love of their life with could be the perfect gift.

Game of Thrones may have had some of the coolest opening credits ever. Help bring them back to life in 3D in this pop-up set featuring locations like Winterfell and King’s Landing. You may have to hum the theme song yourself, though.

What better way to get in the holiday spirit than snow and some GOT bows? It makes any gift more desirable.

They may have only gone in their dreams, but these posters will make anyone’s GOT fantasies seem a little more real.

Your devices pretty much rule your life, so why shouldn’t they sit on the iron throne?

For any Game of Thrones superfan who’s not afraid to wear his heart on his wall, this oversize canvas map makes a definitive statement. And any non-fans who visit will just think it’s a really cool map.

If someone you know decided to read the books after the HBO series, this bookmark will keep them from getting lost in the seven kingdoms.

For all those would-be Khaleesis out there, this dragon ear cuff will be just the bling they need. It’s pretty, shiny and ever so badass.

If you have trouble sleeping after binge-watching your favorite GOT episodes (and we wouldn’t blame you), you may find this lamp comforting.

There are a lot of GOT t-shirts out there, but this graphic T is actually really cool.

42. King of the North Bracelet

This beautiful poster is a tribute to the House of Stark and has good taste, too.

Yes, it’s a toiletry bag. A toiletry bag that no one will mess with. Perfect for when you want to put on a new face.

Get your Game of Gifting On

Whether you are a fan of House Targaryen, House Lannister or House Stark, there is an excellent gift on here for all GOT lovers.

From your favorite characters to unusual collectibles, you really can’t go wrong with anything on this list.

And never forget, winter is coming…

The 45 Best Game of Thrones Gifts: 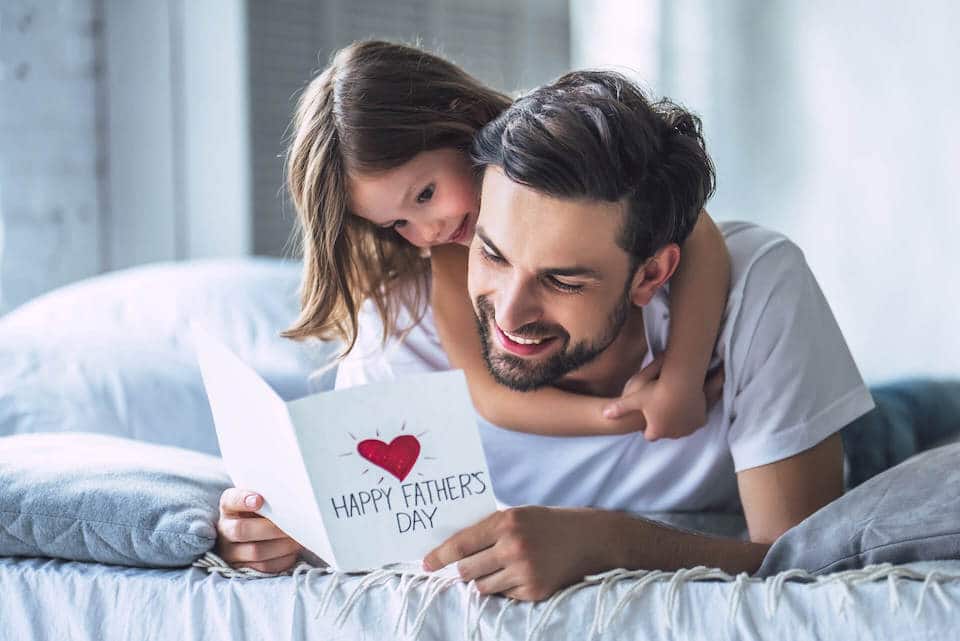 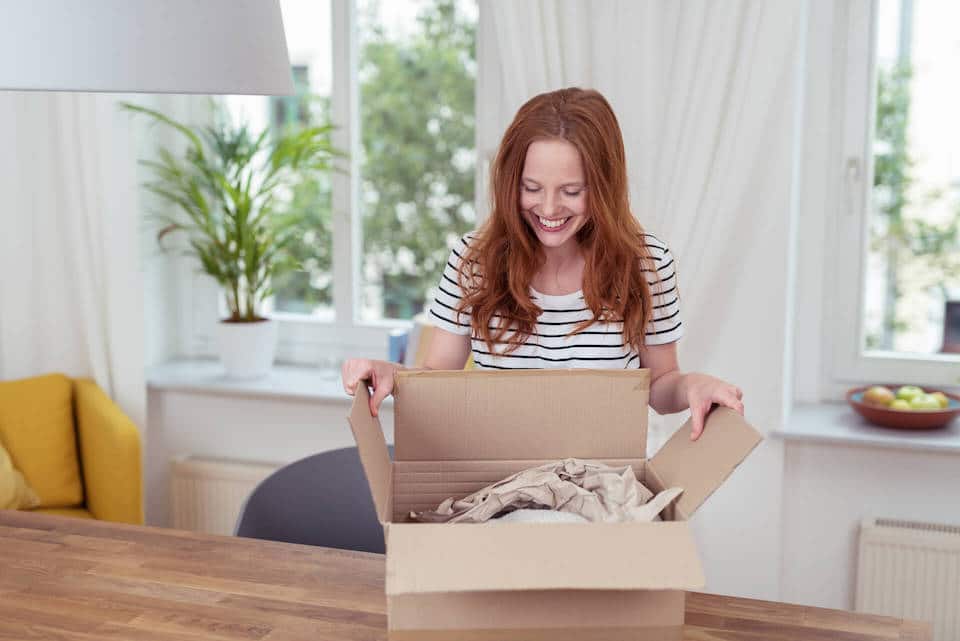 The 34 Best Subscription Boxes For Women In 2021